We have regular Open Meetings through the year when we welcome vistors from other clubs.

We look forward to seeing you at the club. For more details contact membershipdsc@googlemail.com 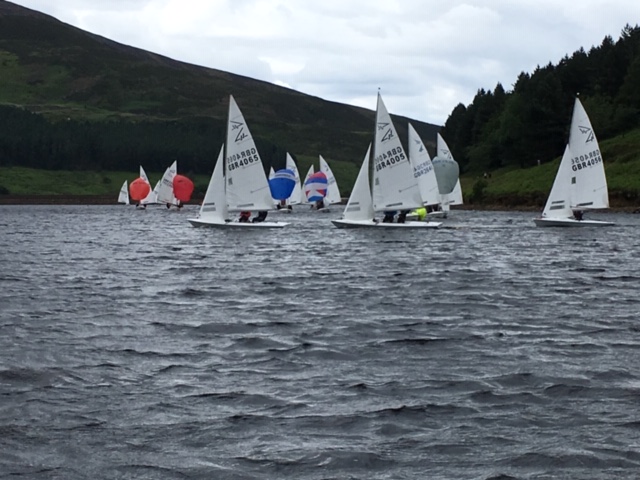 Dovestone Sailing Club nestling in the beautiful Pennine hills to the east of Manchester hosted round 2 of the Waples Wines Flying Fifteen Traveller Series over the weekend of the 29th and 30th June. Conditions were perfect with a full reservoir and temperatures topping 30 degrees. The fleet of 17 boats included visitors who had travelled from as far away as Bassenthwaite and Datchet adding to the strong home fleet.

On Saturday two races were sailed, and with shifting light breezes the positions were not certain until the finish of both, with plenty of passing lanes available. David McKee and Mal Hartland managed to breakaway in the first race but otherwise it was close. The overnight leaders were John Hanson and Helen Selden. Unfortunately, an incident with a flyaway pole required the assistance of the NHS for one visitor, fortunately all was well, and he was able to sail on Sunday. Look out for the mark of Harry Potter at future events.

An excellent BBQ and social evening took place at the club on Saturday evening. 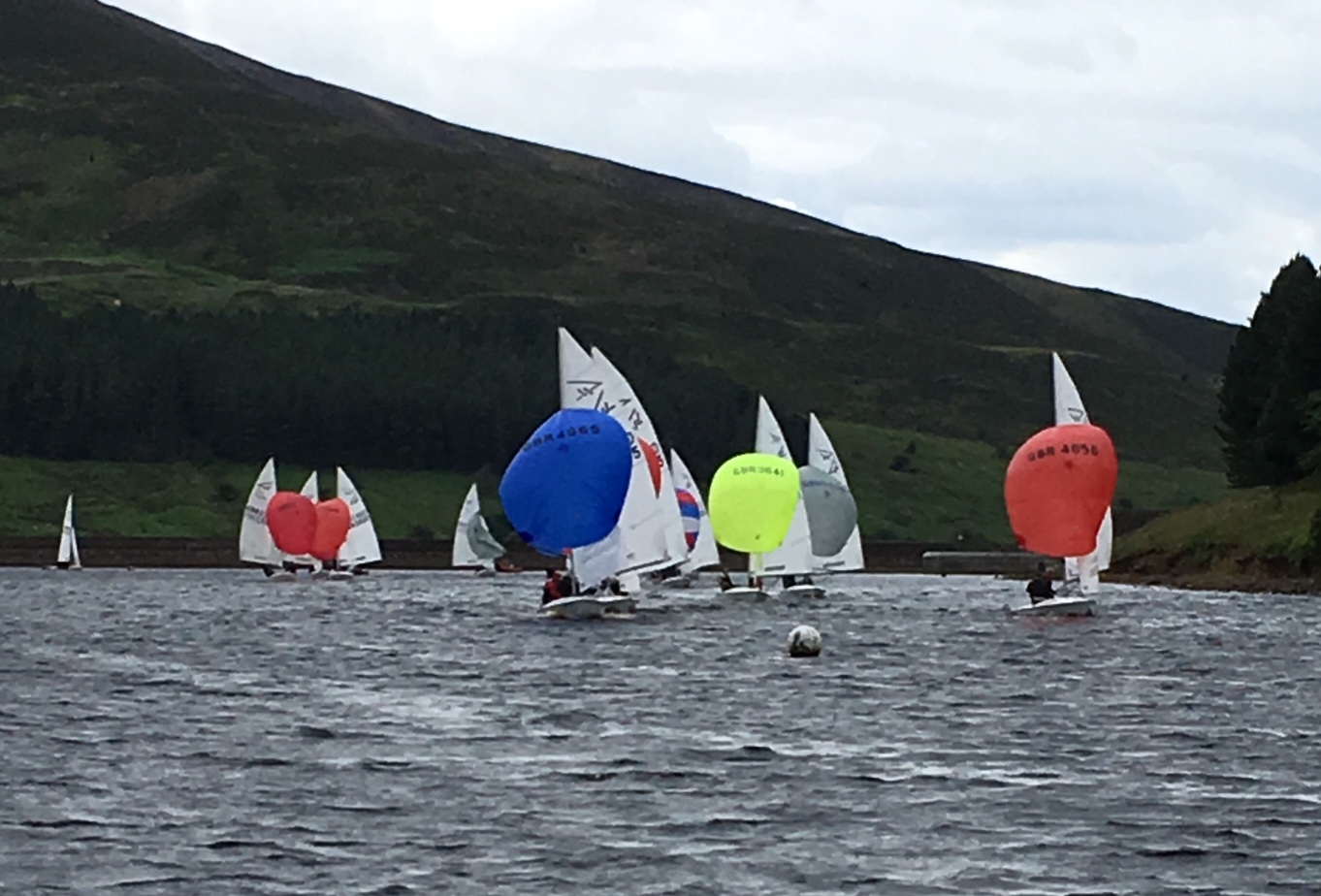 Sunday dawned a little cooler, the wind had switched round to the south east and it gradually increased during the day. By the last race the conditions were quite testing with gusts of up to force 5. The racing throughout the fleet was very competitive. The Local boats of McKee/Hartland and McKee/Jones made the most of conditions, both scoring 5 points from 3 races. Andy McKee and Rich Jones managed the other sail away win of the event in the last race and David McKee and Mal Hartland managed to claw their way up to 2nd after a poor start to take the win by a point. John and Helen had a battle with the strongly finishing Mike Preston/Chris Robinson but managed to hold on for 3rd place. In 4th and sailing with a bad back Mike Moore/Kayla Sheard sailed well, their results including a 3rd place during one of the windy races.

The support of series sponsor Justin of Waples Wines was appreciated as also were the contributions of the many members who worked hard to make the weekend the success it was. 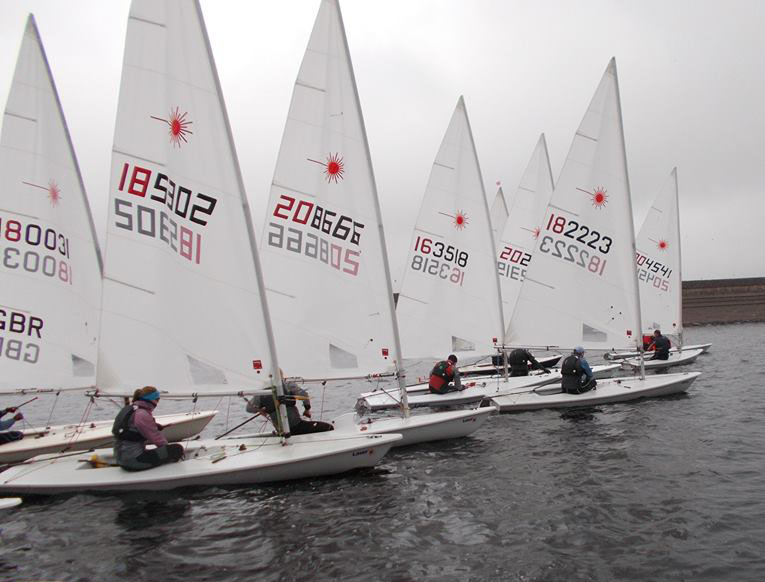 Enjoy a days sailing in the picturesque location of Dovestone Reservoir.

The Dovestone Sailing Club Laser Open and the final event of the Northern Area Grand Prix Series, dawned wet and windy, which put off some of the competitors, but 20 boats made it to the start line. Ian Lees (Scammonden) took an early lead in what proved to be a shifty race. He left Ian Jones (Dovestone), Jack Hopkins (Delph), Neil Skellam (Leigh & Lowton), Greg Marshall (West Lancs) and Jonathan Swain (Carsington) battling it out, with plenty of place changing, but they eventually finished in that order.

Race 2 saw Ian Jones taking a definitive lead, but Jack Hopkins went through on the last run, leaving it all down to the last race. The rest of the field were some way back and finished with Graham MacWhirter (UKLA) in 3rd.

Greg Marshall led for the first lap of the final race, but was reeled in by Ian Jones. However a capsize and missed mark for the latter meant it landed up being a close race, but the win went to Ian Jones, with Jack Hopkins a close second. They took first and second overall with Ian Lees 3rd.